As time goes on, Putin’s position becomes more and more precarious. Here’s why: the Russian government has told their people that this is not a war, it is a military operation. That means, the Russian army cannot increase the number of conscript soldiers without admitting that this is really a full out war.

We also have Russian soldiers calling home and telling their relatives what is really going on which contradicts the Russian news media.  More on this later. In order to judge the strength of the Russian position, we need to understand military units.

A Battalion Tactical Group, or BTG, is the primary combined-arms maneuver unit used by the Russian Army. In NATO militaries, this grouping would be called a Task Force. A typical BTG is comprised of one tank company, three infantry companies, one Anti-Tank (AT) missile company, one engineer company, two field artillery batteries, and one Surface to Air Missile (SAM) Platoon. Each BTG has approximately 600-800 soldiers assigned to it. BTGs formed the mainstay of Russia’s military intervention in Ukraine from 2013–2015 and now in 2022. 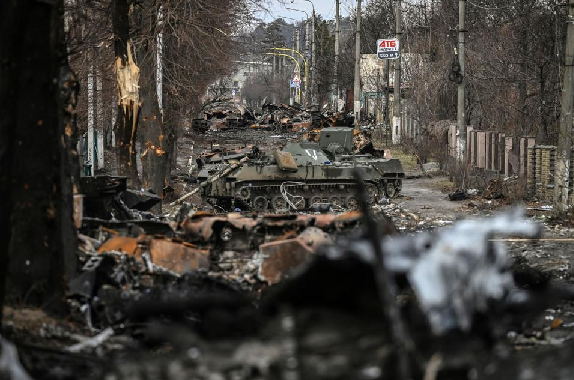 (Figure 1 -- Russian Military Junk in the City of Bucha

When reporters talk about tanks, they usually mean all armored vehicles including personnel carriers, mobile rocket launchers and the like. So, sifting through that, we can find the number of battle tanks by observing the following:

The Russian Army is composed of Battalion Tactical Groups and it has deployed 120 BTGs in Ukraine. That means there were 120 BTGs in the original task force giving rise to 1200 original battle tanks. Of those, Ukraine has captured at least 117 Russian tanks, according to open-source-intelligence analysts who scrutinize photos and videos on social media. At the same time, Ukraine has lost at least 74 tanks—destroyed or captured—since Russia widened its war on the country starting the night of Feb. 23. In other words, the Ukrainian army actually has more tanks now than a month ago—all without building a single brand-new one or pulling some older vehicle out of storage. Ukrainians have been merrily re-painting the Russian tanks with Ukrainian logos. Many of the captured Russian tanks were simply abandoned due to out-of-fuel problems. The Russian supply lines were not heavily guarded causing shortages.

The NY Times reports that “While Russian troops are capturing territory, a Pentagon official said that their “plodding and incremental” pace was wearing them down, and that the military’s overall fighting strength had been diminished by about 20 percent. And since the war started, Russia has lost 1,000 tanks (all track-wheel vehicles), a senior Pentagon official said last week”.

Inews.com, a UK based news source reported the following:

“Figures vary, but one report at the end of April suggested the figure could be as many as 25,900, according to a call intercepted by Kyiv. In the call, a Russian soldier was said to have made the admission: “The official tally is one thing, but I’ll tell you now – 25,900 have died. That’s in two (expletive) months.” A transcript of the call was claimed to have been posted online by Ukraine’s secret service.

While the call has not been independently verified, the figure is not so far off Ukraine’s tally. It claimed that 22,800 Russian soldiers have been killed.”

Stijn Mitzer, military operations analyst, painstakingly documents every confirmed photograph of a Russian loss. The count stood at 204 tanks and 406 other armored vehicles for a total of 610 lost as of Monday.  (Figure 2: Captured Russian Tank Being Towed By Farmer)

If we round-down those known 204 destroyed or captured Russian tanks, to 200, then that would be about 17% of the tank force. That leaves 1000 tanks left for the Ukrainians to further destroy. The number of Russian troops killed is said to be 25,900 and seems believable, it means the infantry has been reduced by 18%. Russian favorite sons going home in boxes will also not sit well with the population back home. 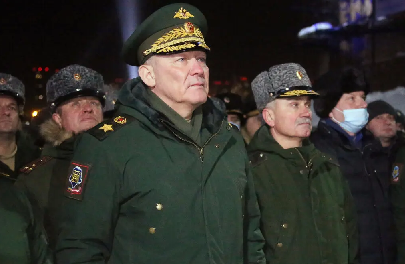 Russia does appear to have chronic maintenance problems, as well as witnessed by the large number of broken-down abandoned vehicles, some of which can be seen being towed away by Ukrainian farm tractors.

Also of note, Ukraine said they killed 12 Russian Generals along with their entourages. In at least 4 of those, Generals were found using commercial cell phones to communicate with troops. That allowed the Ukrainians to triangulate their location and summarily take them out. Originally, the Russians attacked in single file on a road that led to Kyiv. That also means they are attacking one tank at a time with the one out in front. How stupid do you want to get? In the United States we have sophisticated ladies that can plan attack strategies better than that,  trust me on that one.

So the Russians replaced the 12 dead Generals with a Gen Aleksandr V. Dvornikov who is the equivalent of a US 5-star General. He is a seasoned officer with experience in Syria and Chechnya.

The Russian Army, with it’s long supply lines, low morale and unpopular war is not in an enviable position. With all this, we can now give the Ukrainians a “thumbs up” for their efforts to rid their country of Russian troops. The Ukrainians have been concentrating on getting access to those supply lines and has actually driven Russian troops back to Russia in doing so. The Ukrainians seem to be trying to repeat what they did to deny Russian access to Kyiv, namely, cutoff the supply lines to those troops in the south.

Alexander Sladkov, a journalist with Russian state-owned media, reported Maj. Gen. Roman Kutuzov's death in telegram post. Sladkov did not say when or where it happened. Ukraine's military also said that Kutuzov was killed, but did not provide any details, the BBC reported.

Sladkov said: "The general had led soldiers into attack, as if there are not enough colonels," according to a translation by the BBC. "On the other hand, Roman Kutuzov was the same commander as everyone else, albeit a higher rank."

A more recent estimate of the Russian tank losses said that 330 Russian battle tanks have been destroyed. It doesn't look good for them. The Russians need better military strategies but they are coming against American aid and we are the best military strategists anywhere.

The above article was a summary of the following links and further stats and detail can be found there.