Connecting with Democrats in Your Neighborhood

County Committee Members Bob Golon and Judy Berenson were able to craft a message that will energize voters in their district. Ocean County Democrats provided Mr. Golon and Ms. Berenson with encouragement and voter lists that help them reach their intended audience.

"We feel as though the very foundations of our Democracy are under attack by MAGA Republicans like our Congressman Jeff Van Drew," Mr. Golon says. "So we wrote to the Democrats in our district to take a stand and volunteer. Thankfully, (Chairman) Wyatt Earp and the team were there to help. They got me a list of the voters I wanted to reach gave me encouragement."

If you have an idea for a letter or just want to get to know the Democrats in your neighborhood, reach out to your municipal club or to us at [email protected] and request a voter list.

Here is a sample of the letter that Mr. Golon crafted: 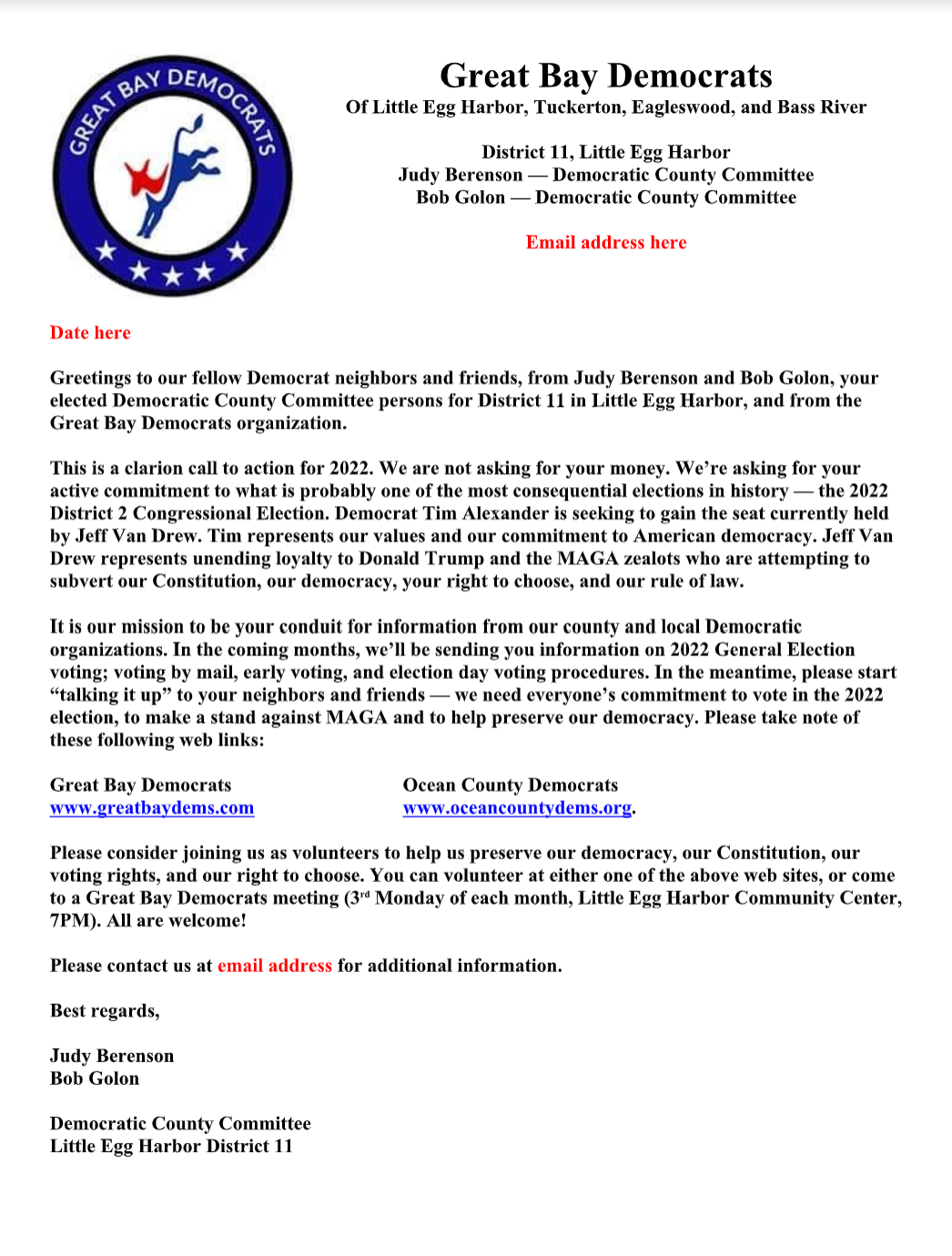