Meet the candidates that have received the endorsement of the Ocean County Democratic Committee. The candidates for Congressional District 2, District 4, County Commissioner, and Sheriff. You can find them on column A of your primary ballot for June 7th primary election. 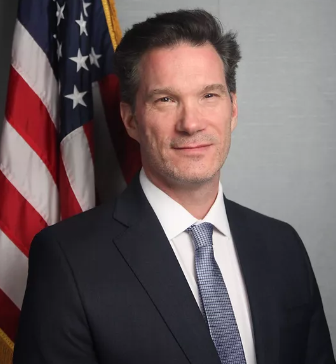 Matt Jenkins, Congressional Candidate for District NJ-04, is a lifelong resident and homeowner of the district, health/fitness advisor, and a former construction contractor. Jenkins is a leader in the health and fitness sector where he works to promote healthier lifestyles within the Monmouth and Ocean County community.

Jenkins was raised in Toms River and attended Ocean County College. He worked as a substitute teacher, then completed a Bachelors in Biochemistry and Molecular Biology from Rutgers University. Jenkins worked for several years in bio-medical research before changing career paths and becoming a construction contractor. As a contractor, Jenkins managed several multi-million dollar housing and infrastructure development projects across several States. Jenkins has a certification in Public Leadership from Harvard. 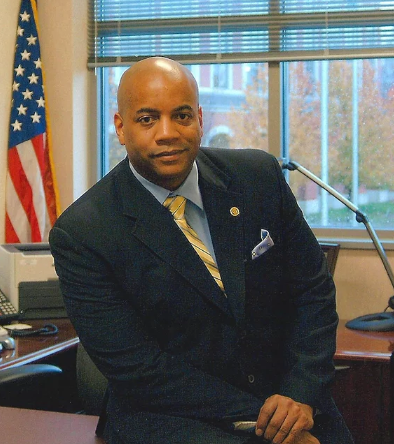 Tim Alexander is a civil trial attorney for Helmer, Conley & Kasselman, who concentrates on Civil Rights, Employment Discrimination, Whistleblower, and other civil litigation. He is admitted to practice in Pennsylvania and New Jersey, the United States District Courts for the Eastern District of Pennsylvania and New Jersey, and the United States Court of Appeals for the Third Circuit.

Tim earned his JD from Rutgers University School of Law in Camden, New Jersey. He also earned an MBA from Drexel University LeBow College of Business, and a BS (summa cum laude), in Business Management from Drexel University. During his private practice career, and before joining Helmer, Conley & Kasselman P.A., Tim was an Assistant City Solicitor for the Civil Rights Unit of the Philadelphia Law Department; he successfully tried Civil Rights matters in Philadelphia Court of Common Pleas and the United States District Court for the Eastern District of Pennsylvania. Tim also served as an Assistant District Attorney in the Trial Division for the Philadelphia District Attorney’s Office, where he worked as a Major Trial attorney.

Tim had a long and distinguished career in law enforcement, retiring after 27 years as a Detective Captain for the Atlantic County Prosecutor’s Office in Mays Landing, New Jersey, where he oversaw the Criminal Investigation Section.

Tim currently serves as a legal advisor to the Gloucester County chapter of the NAACP. Additionally, he was a member of the LeBow College of Business, Diversity, Equity, and Inclusion Board of Advisors. Tim also presented on the TEDx platform on Racial Justice in America titled, “My - I Can’t Moment.” 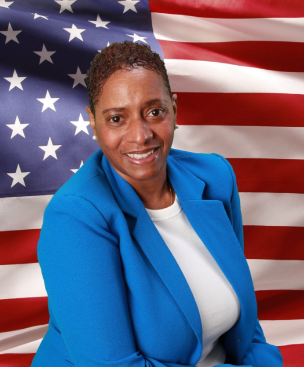 Roxanne Barnes, the Democratic Candidate for Ocean County Commissioner, is a businesswoman, pastor of 35 years, and community leader. Barnes founded the United International Association, an organization with a global congregation that promotes ethical entrepreneurship under her leadership.

Barnes founded the Newlife Counseling Center, where she works as a professional substance abuse and anger management family counselor. Barnes also worked with community members affected by HIV on managing their condition, and instructed students in higher education on case management. As a community leader, she focuses on getting people the help they deserve, and in doing so has maintained relationships with Union County and the State of NJ.

For her work helping communities through her counseling work across New Jersey, Barnes was awarded “Outstanding Community Service” by Mayor John McCormac (D-Woodbridge) in 2014 and again by Mayor Ras Baraka (D-Newark) in 2016. Barnes has served as a NGO (Non-Governmental Organization) Ambassador to the United Nations for her business and clergy affairs. Barnes is a member of the NAACP. 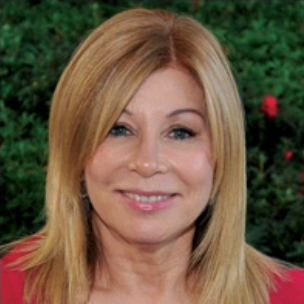 Catherine Paura, running for Ocean County Commissioner, former chairwoman and CEO of Capstone Global Marketing and Research, Inc. She led worldwide market research and consulting for a wide range of products with a special emphasis on movies, entertainment and leisure time. She was co-founder and chairman of National Research Group, the market planning and research firm which serviced all the studios and major producers in Hollywood for 25 years.

Since retiring from her career in research marketing, she leverages her professional expertise as an educator. Paura is a certified executive coach, helping people recovering from addiction, recent college graduates, and management obtain entrepreneurial life skills. Paura has worked in Ocean County as an ESL (English as a Second Language) instructor, helping immigrant communities become better adjusted within American society.

Paura is a friend to the arts and the community: she has a Masters of Arts in History and a Bachelor of Sociology from St. Mary University, where she later went on to establish the Masters in Fine Arts program. She is a member of the Academy of Motion Picture Arts and Sciences (Oscars), the Marketing Committee Chair for the LA Opera House, and has produced two films (Mannequin, 1987 and Joyful Noise, 2012). She served on the Board of Directors for The Rape Treatment Foundation and the UCLA Hospital Advisory Board. Paura previously ran for Ocean County Commissioner in 2021. 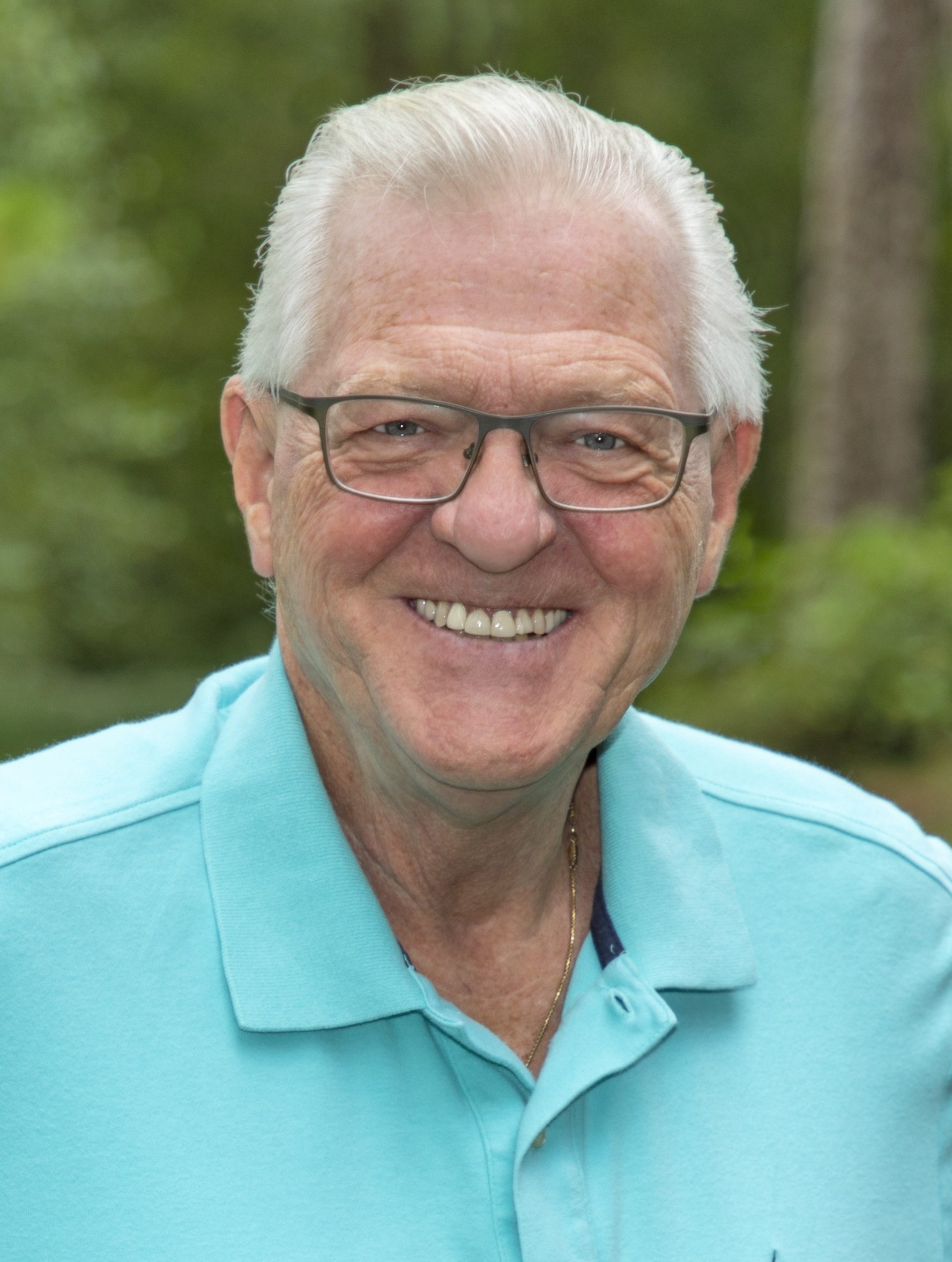 Gene Davis, running for Ocean County Sheriff, is a former Councilman of Linden, NJ, Navy Veteran, and public administrator. He enlisted in the US Navy in 1969 and served 8 years. He is a 12-year resident of Jackson Township, Ocean County. He is a life-long civil servant that has always sought to build public trust in their local government administrations. As Sheriff, Davis will improve county cooperation with municipal police forces, and work to combat the drug crisis.

Prior to moving to Ocean County, Davis was active in Linden, NJ public administration and government. He was elected for 10 years as City Councilman of Linden, where he oversaw a budget of $94 million at times, and chaired or served on several committees, including the Fire, Central Dispatch 911, and Vehicles and Equipment committees. In his tenure, he was a liaison to the Board of Health, Linden Housing Authority, and Rent Leveling Board.

Davis was a member of the Linden Board of Education, aiding in the development of high-quality education programs for children in the district. He served on the Linden Board of Adjustments and worked closely with residents and the Zoning Administration to make city building decisions.

An active community member, Davis started the Helping Hands Helping Angels Organization, a non-profit organization that raised money to assist parents of children with autism. He served as the Chairman for Veterans Against Drugs Organization of New Jersey, helping to discourage drug usage in schools.